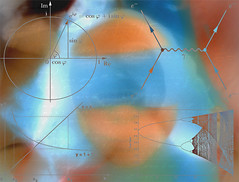 I am lucky enough to work with a math-enthusiastic bunch of folks. We often talk about great papers and books for the student of Math. Here’s my list of my favorite books from my graduate school days.

So often subjects blend that I am not going to do the usual Algebra/Analysis/Topology/etc. breakdown. Is Linear Algebra algebra or analysis? How can you tell in functional analysis or harmonic analysis? I can’t so I won’t even try! Instead I am grouping them “thematically” e.g. the way I see them fitting well together! I am only listing the exceptional books here as there are lots of books we know as classics and the list will be identical to all of those - Baby Rudin! Lang or Hungerford’s Algebra! Alfor’s Complex Analysis!

Moreover, I am linking to publisher sites rather than big vendors. You are fully capable of finding sellers.